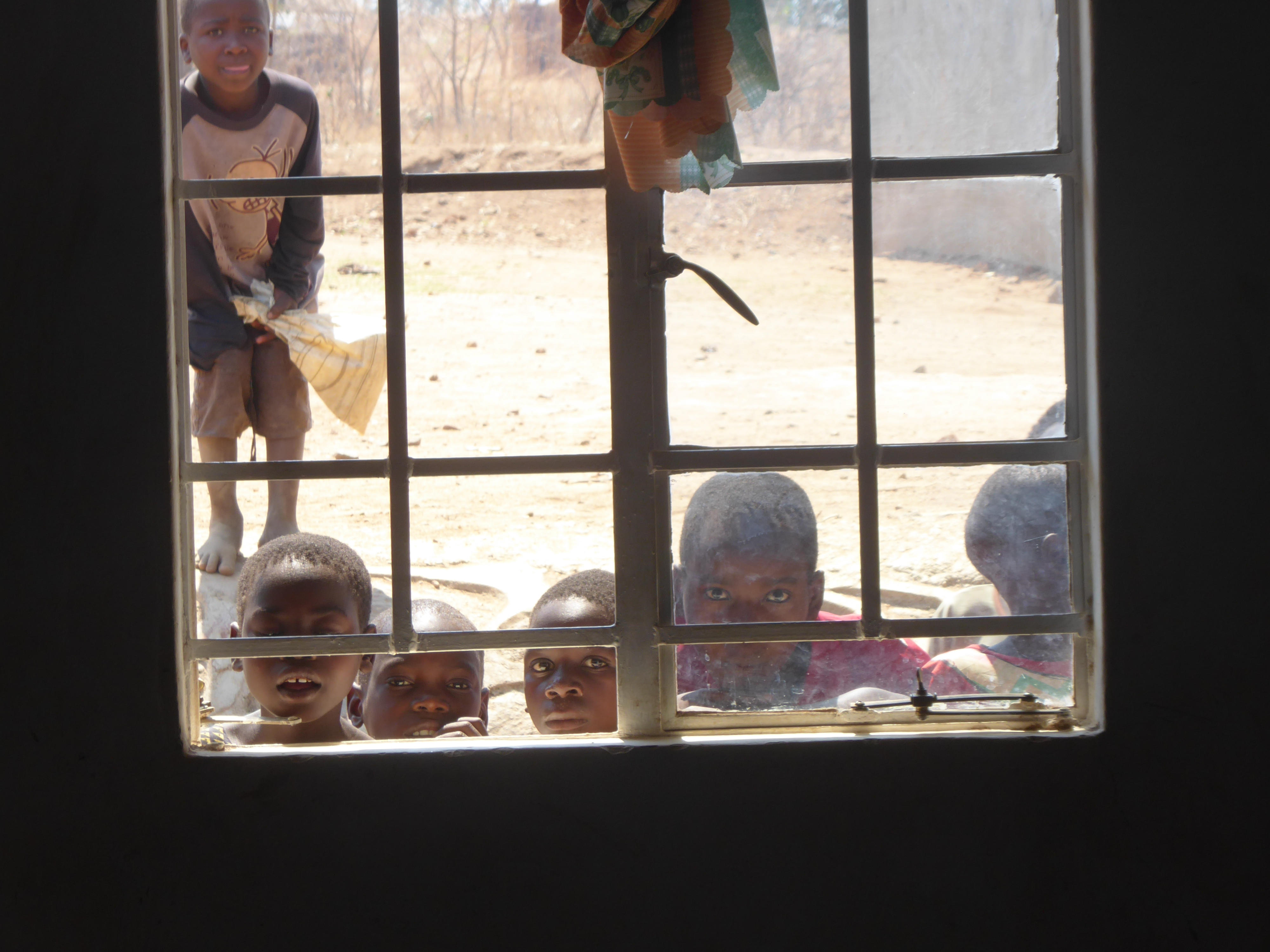 About time for another few words of … well certainly not wisdom and possibly not even sense but just ramblings I guess.  When I go on Twitter to see whats happening with the educational twitterati (thats probably not the right word but hey ! I know what I mean which is what matters – actually it’s not but ……. ) I do envy the courses and conferences that I am missing.  Those that I went to last year and met such great folk – keeping in touch via Twitter and other social media outlets really does make a difference to being out here in Malawi. So thanks to all those who occasionally like my tweets ( although always feel I should do more !) and even better to those of you who actually comment in some way or other without you I things would be even more difficult.  Even got my name up in a staff room amongst all the extremely worthy people of Twitterdom – something that I’m very humbled by but what a great idea to get teachers into the world of Educational Twitter.  Only last night I tweeted for an answer to a problem that we had with the iPads and I have to say I was overwhelmed by the response – truly amazing – Thank you so much.

Ive been visiting some of my schools in the Mangochi district, which is in common with most of Malawi fairly rural.  Strangely when you tell Malawians where you are living the response to

Most of my schools are on the Mozambique border.  I would have taken a photo of it but after my brush with the law on taking photos I decided not to – (wise move I think )

You wouldn’t really notice the border as its just a barrier just off the main tarmac road in the middle of a Trading Centre. On either side of the barrier which is really just a very bent metal pole on two stands are lorries laden with goods, presumably both coming and going across from Malawi to Mozambique and vice-versa.  When going through this particular Trading Centre actually it’s really a small town called Chiponde, especially on Wednesdays ( Market Day ) you can’t in fact see the way ahead for stalls, people, animals, lorries, mini-buses, you name it – it’s in your way.  You just have to throttle down to walking pace and just hope that people get out of your way or there is enough space to get through. Many of the mini-buses which are the Malawian form of public transport just stop in the middle of the road or indicate left and turn right, reverse suddenly or just open their doors at the precise moment that you are overtaking them.  Absolutely a law unto themselves !

One of these days I will stop and take a photo, but I get enough stares and looks as I ride through on my bike so its just plucking up the courage ! haha

My schools are fairly well dispersed, Over 200 Km between the 2 extremes.  Apologies for ”km’ not miles’  but when in Rome … Im sure you can convert !  Most of the schools are down dirt tracks and certainly over very rickety bridges as I think Ive already said.

As you ride down the tracks you do get the obligatory stares and complete standstill as if someone has suddenly said “freeze – except for your head It doesn’t matter what you are doing, carrying buckets of water on your head, riding a bicycle, playing in the sand, or just walking – You all have to freeze as this strange person on a motor bike goes past ! ”  It really reminds me of the times when you walk in to a strange bar and the minute you open the door all heads just turn and look.  Almost saying “What are you doing in our bar and who are you?” Its just one of those things you get used to .

Again the customary wave and the response is generally a smile back.  On my first occasions of not really knowing where I was going I stopped to ask those who stand watching – usually at the water pump which are situated within a group of houses, only to realise that the vast majority of people out in the countryside don’t speak English at all and they usually call for their children who quickly and thankfully translate.

There are no signs to follow but again thankfully, off any road or track, there is a stone plinth which says the school name.  Follow this and eventually you get to buildings which are always the same.  Usually buildings which comprise of two classrooms each building.

The buildings are usually in a square or just placed in rows, or to be honest any configuration that the contractors decided to build them in.  Consisting of general breeze block ( sort of ) for the windows and a door and 4 walls.

This is a Standard 1 classroom i.e. the first year in school

A blackboard inside and thats your average Malawian classroom

I recently held “Sensitisation” meetings in the schools where we are constructing new Learning Centres.  When I say I held what I mean is I was there and was introduced to the school community to explain who I was – but as the whole meeting is conducted in Chichewa – this is These are meetings that are held to inform the Community of what is happening in the school and telling them all about the project.  The main groups invited are The Senior Management Council  who kind of oversee the activities at the school – bit like Governors I guess but not – doesn’t make sense I know but its the closest I could find ! , the PTAs which is a group of parents obviously and every school has one, and the Mothers Group who are obviously a collection of ladies from the village who also are an important factor the school and again all schools have them, the local Headmen of the tribes and the rest of the community.

We held 5 of these meetings in total and an amazing number people turned out, almost 1,000.

It means such a lot to these communities and as well as a number of very lengthy speeches, there were so happy that very often they broke out into song and some even danced.

Just thought Id mention Copley School on Yorkshire who are the first school to take up my offer and have sent me some great questions from their Eco Group.  Thought Id just copy some of their questions and my answers

How many classes are there in a school?

“This varies but an average schol has about 1200 Learners going up to 3, 000 and there are usually  2 or 3 classes in each Standard.  We don’t have Year groups we have Standard 1, Standard 2 up to Standard 8 in all the Primary schools.  The biggest classes are in Standard 1 and each Standard reduces in number as you get up to Standard 8 who may only have 40 Learners.  This is because unlike English schools the Learners don’t automatically go up to the next Standard each year. Learners start at the age of 6 in Standard 1 but as many are kept back until they reach a certain level they are a mix of ages anywhere from 6 to 11  This means huge class sizes in Standards 1 and Standrad 2 & 3 Many Learners just drop out of school and don’t attend which is why the numbers drastically reduce as you go up the school”

Do the children have play times and if so, where do they play/what does their playground look like?

“They do have playtimes However, throughout the day you see lots of children out of their classrooms.  This is usually because their teacher is doing something else or is on a course or is absent because they are poorly and the Learners are outside. They don’t have any one to look after them.  Sometimes when I arrive in a school I ride up on my motorbike right up to the classrooms .  I am surrounded by 50 – 100 children because they want to just see the bike and to see me.  They want to talk but their English isn’t very good. Generally the teachers chase them off.

Their playground is just the land around the classrooms. They don’t have walls or fences like you do.  The whole school area is just open.  Usually it is in a small village and the school is part of the village. Some teachers have  brick built houses next to the school.  If the teachers are unlucky they have to live in the village which usually means no water or electricity and sometimes a long walk to school

How do the children learn and the teachers teach without interactive whiteboards? (The children really could not get their heads around having no technology whatsoever!)

This is one reason why the schools like the iPads.  It has even brought Learners back to school who had not turned up for a long time, just to go on the iPads.”

Again apologies for an uninspiring blog – next time what you do when the electricity goes off regularly for long periods of time, there is no water coming through the taps and you can’t unlock your security gate because the lock has jammed !!! – Happy Days !