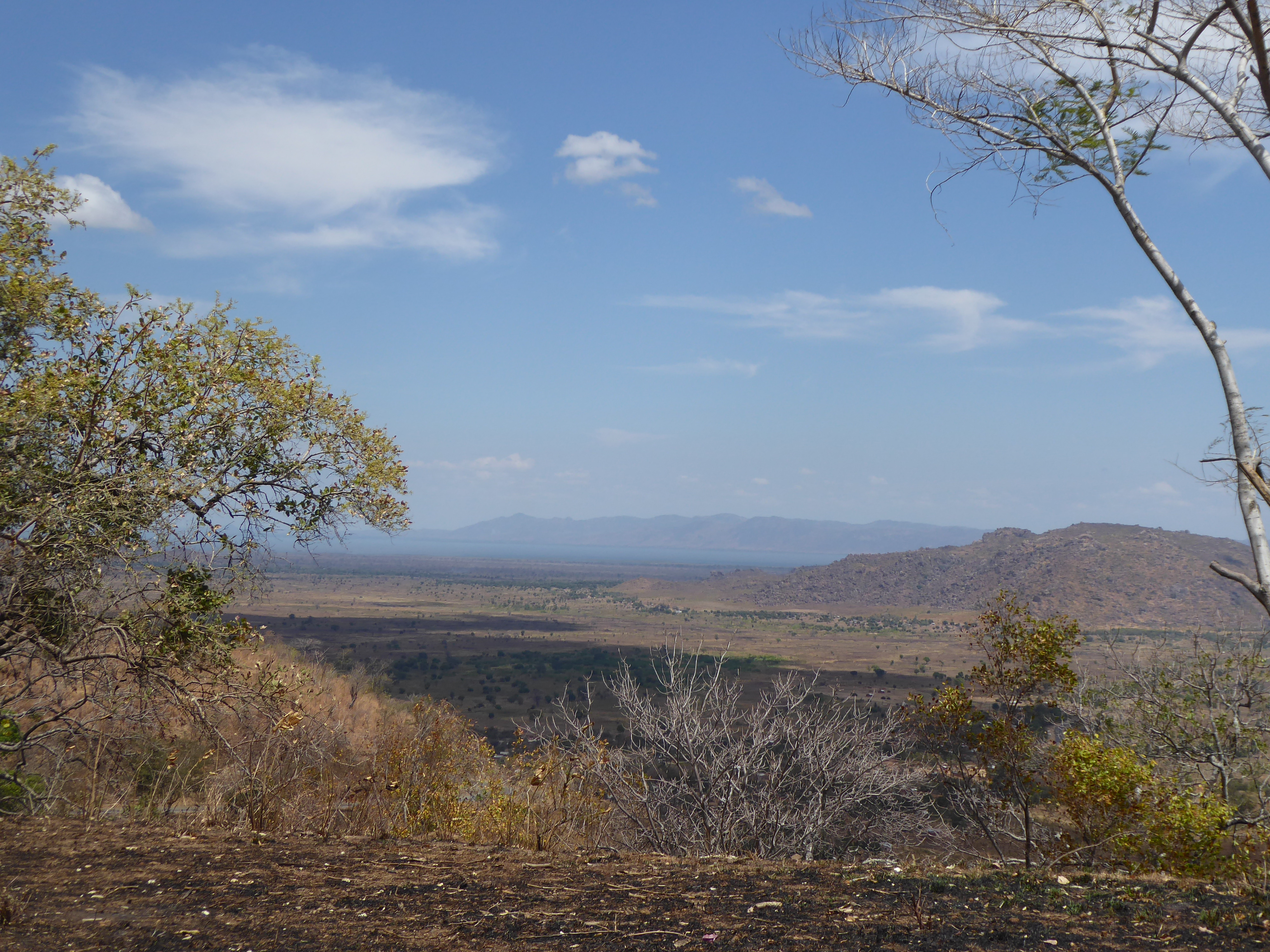 Well I can’t believe that its been almost 2 weeks since I last wrote on here – ‘Doesn’t time fly when you’re enjoying yourself – as the saying goes. Many reasons I guess – the dog eat it ! –  I was late up because my mum didn’t wake me; – I left my cap at home ( only those who know me really well will know that story !)  but mainly because it’s a bit like walking into a sweet shop.  There are just so many things to choose from that I don’t know which to choose –  do I go for the chocolate bar  that I’ll have to eat all in one go or else it’ll melt -a common problem out here, or do I go for the chewy bar that you actually can’t share with anyone ‘cos you really have to bite into it hard or do I just go for the old standby of Fruit n Nut !  Well it’s just the same here.  There are so many things going on around it’s difficult to pick a focus.  If I were to just say everything you’d be here for ages and get even more bored than usual and Id only skim over all the things I want to say. The roads, the superb Lake, the people you meet, the amazing schools, some incredible work on Solar powered data projectors, the iPad work – all of which I could go on about for ages.  So lets just see where the pen, or should I say 2 fingered typing takes us ……………

Much of my time has been spent travelling along the roads of Malawi.

Now I should at this point, make it clear that there are two sorts of roads in Malawi, those that are roads and those that aren’t ! No road signs at all.  The directions that are given are – “When you get to the tarmac ……. ” or “Or turn when the tarmac finishes ….”  But riding on your motor bike along these roads is just one of the most amazing experiences that Ive ever had.  One that I must admit when I was dodging around the cones in England trying to just sit on it and not fall off – is something that I hadn’t even thought about.  Even travelling along the tarmac and I will distinguish the two roads as ‘tarmac’ and dust/sand’ you just get a sense of open space that is populated by people who just move along the road.  Now that sounds weird but let me try to explain ………

People walk everywhere.  Literally they just walk. You think now where have you just come from, because there are no huts or houses to be seen, but very rarely do you ride along a road and not see anyone. Not many cars at all just lots of people – And not only where did they come from but where are they going to ?  Just people walking, on their own , in twos or threes.  Then this strange guy or “Masungu” as we are called rides past on a trials bike!  Inside my head I think i look like ‘Steve Mcqueen’ but realistically probably more like Mr Pastry ( for the younger generation ask someone to explain !)

All heads turn, literally and watch you go by.  It can be out on the open road or going through a trading centre, all heads turn almost as one.  At first it can be a bit off putting especially when you are also trying to manoeuvre your way through the crowds of people. But eventually you feel more confident and can even smile through your visor and wave – though this is not recommended with your right throttle hand as you tend to stall and even more heads turn to look at Mr Pastry who hasn’t yet learned to ride a bike and takes ten kick starts to start again – not that Ive done it of course but I’m just imagining it !!!!

Of course the people that you go past many of them (is that English) carry something on their head.

This can vary between a bundle of clothes, a bucket of water, sticks, logs, an umbrella – literally anything that you could and sometimes with difficulty carry in your hand …. is carried on the head.

I stand to be corrected but the Malawian ladies and children have an amazing up right posture – You never ever see one who is not walking perfectly upright or slouched.  This just has to be because from a very young age they carry things on their head. Many have a baby on their back as well.  Lots of them, and this is a great trick, as they turn their head to look at something the container on their head stays in exactly the same position and doesn’t turn – amazing.  Whenever you go past them you just want to say – thats amazing – How do you do that And can I take a photo ? – but you don’t you walk past and as they turn their head to look at you – you just smile.

Next along the tarmac of course there are the huts that sell things. But you don’t really see the huts !  As you travel there are particular areas for different commodities. Rush mats are hung on specially constructed frames, baskets and hats, made I guess from reeds – not sure what they are made of to be honest but they they are just hung all alongside the road.

Next come the extremely neat piles of wood. Beautifully stacked in a criss cross fashion about one metre high.  Several piles of these logs just line the road.
No-one at all in sight just the piles of logs.  But stop on your bike or in a car and suddenly out of nowhere as if some magic infra red alarm signal has been triggered, people just come running towards you, persuading you to buy their particular bundle of sticks.  Most of these sticks are of course illegally cut down from trees , making the problem of deforestation even worse, but they are desperate to sell them usually at a cost of 10o Kwacha for 3 sticks ( which is about 10p )  Then they smiling load them into the boot of the car

Then the jars and baskets of fruit and sweet potatoes just laid there as though they are just left by someone.

Piles of stones that are built in pyramid shapes varying from fine grade to large rocks, and very often these stone piles are being worked on by people who just sit all day making the large stones smaller by hitting them with a hammer of sorts.

Next come the bricks all neatly laid out drying in the sun….. Made from the ground upon which they stand and put into a pile again like a pyramid where a fire is lit underneath to dry the bricks out

The villages that you go past on the roads are all mainly of these constructions.

Carrying along the journey along the tarmac of course there are the crowds of people around the water pumps.  These are mainly women and children. Carefully filling their buckets and bowls from the pumps and then even more carefully balancing them on their heads to carry to their houses and villages. Although I have no idea how far they actually carry them, a few yards for me would be more than enough and it would be a little like ‘It’s a Knockout’ and see how much was left in the bucket after running with it over a short distance.  These folk walk two, three four kilometres or more with these buckets balanced on their heads, cross the roads and hardly spill a drop. All the time looking serene and dignified.

And then of course along the tarmac are probably the biggest difference,  The animals !  But even those seem to be aware of the road.  The cows just wander where ever they want, sometimes in  twos and threes and other times a large group of twenty to thirty generally shepherded ( can cows be shepherded ??? ) by a very small boy with a stick who looks totally amazed at this motor cycle driving past .

Goats just run across the road in a very haphazard fashion, although when one gets left behind as you approach, they almost seem to wait until you’ve gone past and then cross. The cows on the other hand own the road. They will only move when they want to  It doesn’t matter if its in town or in  the rural areas they just go wherever they wish.

Thats kind a brief tour along the tarmac roads in the rural areas. I haven’t even mentioned the views which are absolutely stunning, with a flat valley and mountains rising majestically above the landscape. – which as Im riding up into the mountains reminds me of Wednesday afternoon, Form 2B, learning about African Rift Valleys from  Mr Humberstone, my Geography master who would be so pleased with me remembering that particularly after my Classified U in Geography O’ Level ( again apologies to those amongst you who haven’t got a clue what Im talking about !)

And all this happens every day on my motor bike journey to my schools – makes the journey from Goosnargh to Fleetwood seem very uneventful – its just a case of perspective !

And don’t forget the journeys on the roads that aren’t roads ……….. well where do I start with that one  !….. except to say that the saying of “You’re not really a motor cyclist until you’ve fallen off ! ”   Well I can confirm that I am now a fully paid up member of the motor cyclist club who was totally surrounded by 30 children asking if I was ok and did I want a push ?? Thats what you get when you ride a back through sand – Steve McQueen eat your heart out !

Apologies to those who wanted to hear more about the technology side but next time ……………  Schools started back this week as well and I really wanted to tell you how that went, and the iPads and the potential of a solar powered data projector – but as ever – that’s another story …………….. well several really

15 thoughts on “Malawian journey on Tarmac”