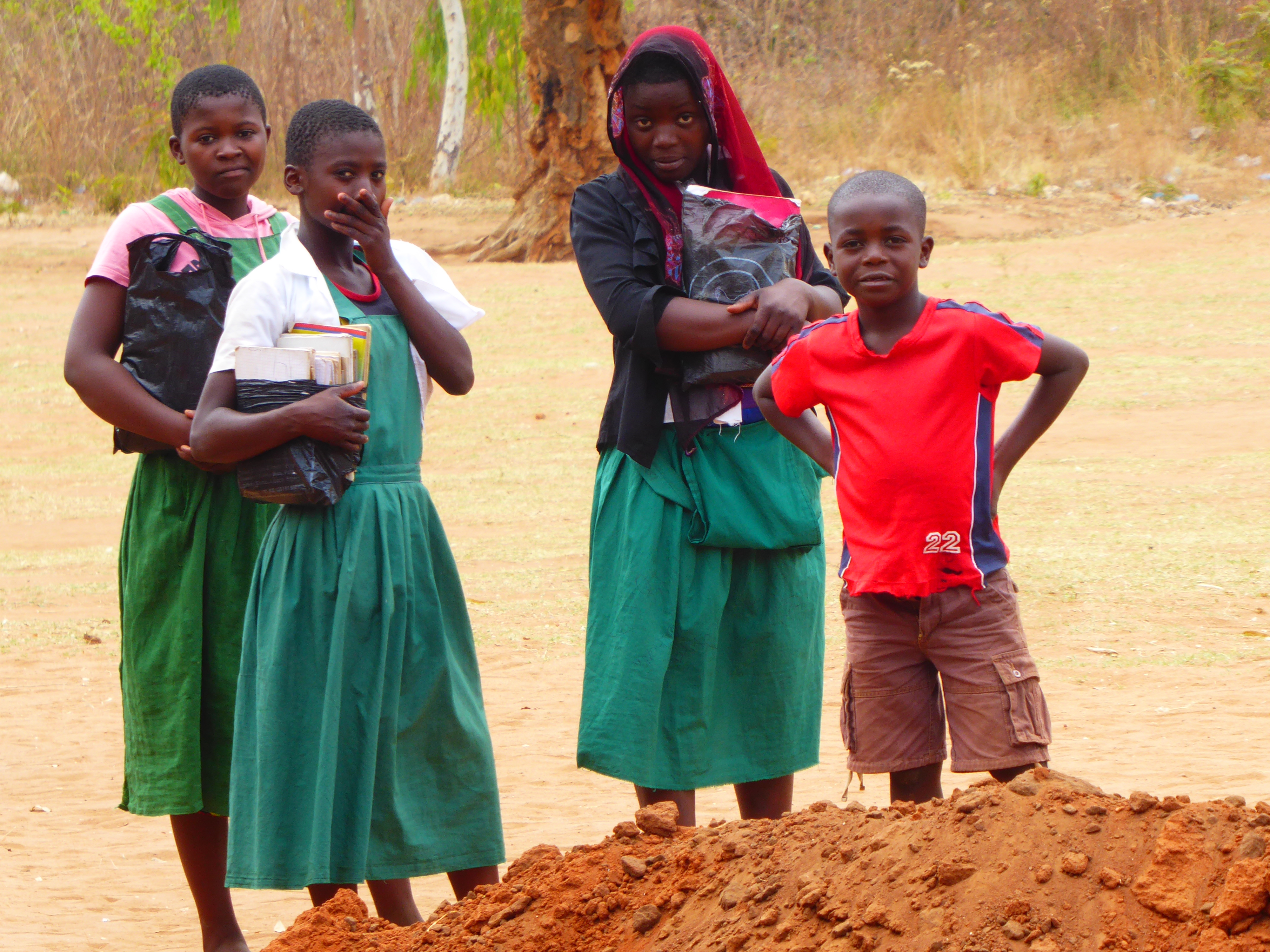 This is a bit of a strange blog post and one that Im not sure where it’s going – which is always a little dangerous ! Normally to use an old analogy its a bit like a car journey you know ultimately where you are going. You may go a different way or even get lost – it has been known –  but most of the time you end up eventually  where you wanted to be.  Thats a bit like writing a blog – in my day it was Beginning  Middle and End none of this Starter Introductions; Conflict; Resolution etc  stuff ( only joking !) Ive got a start, I meander a bit and then I know where Im finishing. Not this one – its a bit different – may work and then again …………  and possibly not many piccies either

A couple of times recently ( actually several on all sorts of topics) I have asked some questions on Twitter.

At this point I should say that increasingly  I find Twitter an absolutely amazing communication tool. I started off on Twitter as part of a support group discussions when I was endeavouring to develop a school.  I found the advice and support then as it is now absolutely invaluable.  My Twitter being purely educational with a leaning towards developing technology in order to enhance learning and trying to make teaching a little easier.  My followers  and following have increased considerably in the last few months and it really has been a great feeling of support out in here in Malawi where frankly talk of computers and educational technology is probably as rare out here as the good old English phrase “Do you think its going to rain tomorrow?”  (it being the dry season and it hasn’t rained since about April )

People like LoveToTeach @87History      Mark Anderson @ICTEvangelist     Claire Jones @AsstHead_Jones    Gemma Clarke @missglclarke    Beverley Melvin @BeverleyAMelvin  Sarah Bedwell @FlyMyGeekFlag  Daniel Callaghan @Mr_D_Callaghan     Anoara Mughal @anoara_a     Kelly Shaw @KShaw1977     and many many more who Ive not mentioned but should have. They have all been really supportive in helpful comments and general encouragements, particularly when I start to think – “What am I doing? ” haha  Its a superb supportive community.  I love it.

Anyway I digress – although not really……. because a couple of times Ive asked about resources for putting on an iPad, as this is the tool we have and may I say the only technological tool that the Learners have. And there’s another difference they are not referred to as Children or Kids or Youths or Young persons or ‘Oi you where do you think you are going?’   or any thing else……. they are all at, every age  referred to as Learners, which I think is an interesting description and one that maybe should be used more widely.

Anyway after asking for these resources for use on the iPad, the answers I think just show how far we have come on in the Uk on our use of technology in schools.  The answers being given are exactly the answers that I would have posted had I been sitting in the UK accessing my 4G broadband ( alright I know its not always working but in general it’s there.) on a device or devices that I’ve kind got to know intimately ( sadly !)

Certainly in my school we moved quite swiftly from the apps that were just giving knowledge or specifically subject based to Apps that allow the creative side of the “learner” to develop. I  distinctly remember giving talks to quite large groups of teachers and Head Teachers who at the point of saying “These are the Apps we use …….” – notebooks, mobile cameras, iPads  suddenly came out to snap the list of apps.  I also remember saying that its not about the subject specific apps but the Apps that allow creative thoughts and developments , the apps that allow you to be anywhere in the world, taking images and developing them, immediate responses,  imagination, developing thought processes, leading the Learner into a special world of description, poetry, prose, frontal adverbials – oh well maybe not quite that but you get the gist

Many of these fantastic Apps rely on connectivity, not all but a number do. Many of these do require a purchase of some sort. I would have recommended  creative Apps like Book Creator, Comic Life, Do ink, Toontastic, Showbie, iMovie, Seesaw, Photofunia, Wordfoto, Chatterpix, Aurasma, Kahoot, Google Expeditions………… all great creative apps that you can just excite the children and produce brilliant creative work. I recently asked for any App or resource that would be Inspirational for Girls. And as usual I had a brilliant response from lots of folk – many mentioning the above Apps …….. and I think yeah I could use any or all of them – Ive used them all before to great effect ……. lets give it a go ……..

Then two things happen …….. I ride on my motorbike some 100 km to my nearest school which is along tracks that can only take a bike.  I arrive into the school area – its not really a playground as its just the land that the buildings are on, and Im totally engulfed

by a mass of children as the sight of a Motor bike is one that isn’t seen very often and certainly not ridden by someone who looks very different to them.They don’t speak but just smile and giggle and literally follow your every movement as you walk to the Learning Centre.  The Learning Centre houses the 30 iPads which are securely locked inside a fortress looking chest with double and in some cases triple padlocks.

The learners first of all wash their hands outside in a bucket, and those who have shoes on take them off.  They walk into the room, collect their headphones and sit down on the rush matting. iPads in their hands they wait eagerly for the Teachers iPad to unlock all the devices…………. Unlocked they then proceed to sit in absolute silence as they work their way through the Maths App spoken in Chichewa ( national language of Malawi).

After half an hour the App locks and they go out of the room, avoiding those at the door who are so envious of their friends who have just been on these very strange but amazing devices called ‘iPads’. ……….

And I think to myself ……. creative apps are going to be a challenge but don’t give up !

The other event to happen, was today. I was introduced to a Secondary School Head Teacher who was setting up a Head Teachers Association for Malawi Secondary Schools.  A really enthusiastic gentleman who clearly was devoted to education.  In conversation he said that of course his school had a number of challenges to overcome, class sizes, poverty, lack of motivation amongst the girls, absenteeism etc .  I explained what I was doing in schools.  He was fascinated and said he would love me to come to his school and do similar things He felt it would really encourage the Learners to return to school, and to learn and achieve.  I was quite encouraged by the discussion. Just as I was leaving the room, he just called to me and said “Oh before you go, can you just tell me what an iPad is ? ”

Things that we take for granted as we  travel along the road of technology from the first BBC computers through to laptops to now mobile devices which can take us to far away lands, places we never even dreamed of, allowing us to write some amazingly creative pieces of work, our imagination just stretched to the universe and beyond.

Standing in front of a Malawian classroom of 150 Learners…………. trying to

explain to a very educated Head Teacher what an iPad is just makes the ‘creative’ Apps seem so far away. Forgot to mention of course that in my most recent school , there are 17 classrooms and 9 of these are a tree !

No electricity, very little connectivity or signal and creative is what we have to be. It’s not easy but as the saying goes no-one said it was going to be …….. but it is immensely worthwhile.

So back to the ……… anyone any ideas for resources to put on an iPad to inspire girls to stay at school past 12 or 13 and not become pregnant and leave education for good. Technology  I’m sure in the hands of these great teachers, who battle with challenges that just can’t be imagined in the Western World of Education, can help provide the answer but it’s just finding the key !