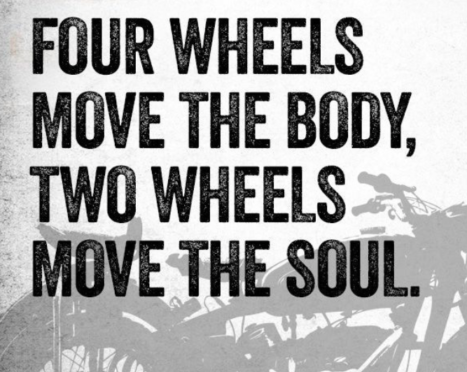 to have transport.  As I’ve already mentioned this means learning to ride a motor bike. A long time ago, before the BCT training ( i.e. having to pass initial training before going out onto the roads – yes I’m that old !) .) I rode a motor bike to a school.  Quite badly I might add – who can forget the wheelie (is that how you spell it ?)  down the drive towards the garage door !    As those of you who are keen (or daft )  enough to have read the previous blogs will know I passed the figure of 8 in the car park and was allowed to venture out onto the roads of Blackburn.  Well something very similar happens in Malawi except ………………………. its zig-zags around very closely spaced 10 cones. I’m sure they were further apart in England !    At the beginning of the week I managed to kill 9 of the 10 cones, but after much swearings and repetitive shouts of  “Come on I can do this !!! ” at the end of the week I was judged to be safe to ride on the roads of Malawi.  When I say roads I of course mean roads and …….. dirt tracks. Fortunately they drive on the same side of the road.  So off I went following the instructor through the roads of the capital city of Malawi. That’s where the similarities between Blackburn and Lilongwe stop.

During the ride you encounter;  an inordinate number of pedestrians who really believe that roads are for people on foot;

Mini-buses rammed full with people ( the popular form of transport in Malawi, similar to our buses but nothing like !  ) who never show any signs of pulling away, turning left or turning right……… in fact no indications whatsoever, except to yell out of the window at fellow road users; a great number of cyclists who compete for the roads and side ways with the pedestrians, a few goats who randomly cross the road, dogs who usually just cross the road with no thought of the Highway Code and of course cars and motor bikes!

confident when we turned down a track that even if I was on foot I would consider fairly difficult to walk down.  …………….. managing to avoid large ridges that go along the road, humps that go across the road , holes that appear from nowhere, slopes that disappear into large ditches and all on extremely dusty, sand like surfaces…………. and of course the goats, people, children and the whole world going along this track at exactly the same time as me !   Just about managing to weave my way through these challenges bringing back memories of going to Motor Bike scramble events at Hawkstone Park – here I was the ‘Lampkin’   ( how on earth do I remember his name I was 14 the last time I went to a scramble event !! )  of the Malawian dirt tracks  ……..

With my bike wheel sliding sideways I was just starting to feel relaxed when the track began to narrow as it entered a homestead of several houses and lots of people, children, dogs – you get the picture.  The track really narrowed when as I lifted my head up I saw not 30 yards ahead of me what must have been the biggest fully ladened truck in the world and it was, like me,   trying to manoeuvre its way along the ruts, ridges and holes ………….. coming towards me and occupying exactly the same carefully thought out line of avoiding the ridges ruts and holes etc ! ………….  In no time at all I was on the narrowest part of the track at exactly the same time as the extremely large truck.  At

this point I did what all motor cyclists people do when they think – Oh My Goodness ! …………. ( well I did anyway ) I leaned as far as i dare to the left,  the truck being on my left  ……. and yes you’ve guessed it …. closed my eyes !!!!!! I know you shouldn’t but I guess it was a reflex reaction.  Waiting to hear a noise of my wing mirror being ripped off  I opened my eyes and somehow, and I’ll never know quite  how but the truck had gone past me and I was carrying on up the track. …………..  They say Four wheels move the body and Two wheels move the soul – well I have to say it was more than my soul that moved !

With my back wheel sliding sideways from left to right and even occasionally in a straight line when the ridges in the track allowed I managed to complete the ride without any further incidents.  Arriving back at the yard, the instructor took his helmet off and asked – “Well how do you feel?  What do you think ? ” ……………… “Yes fine thanks !!!!!!!  Enjoyed it !!!!! ”    I left my helmet on so he couldn’t quite see how ashen faced I was

“We’ve just got the 200Km ride to do and some more dirt track rides then we’re done ! See you Monday”