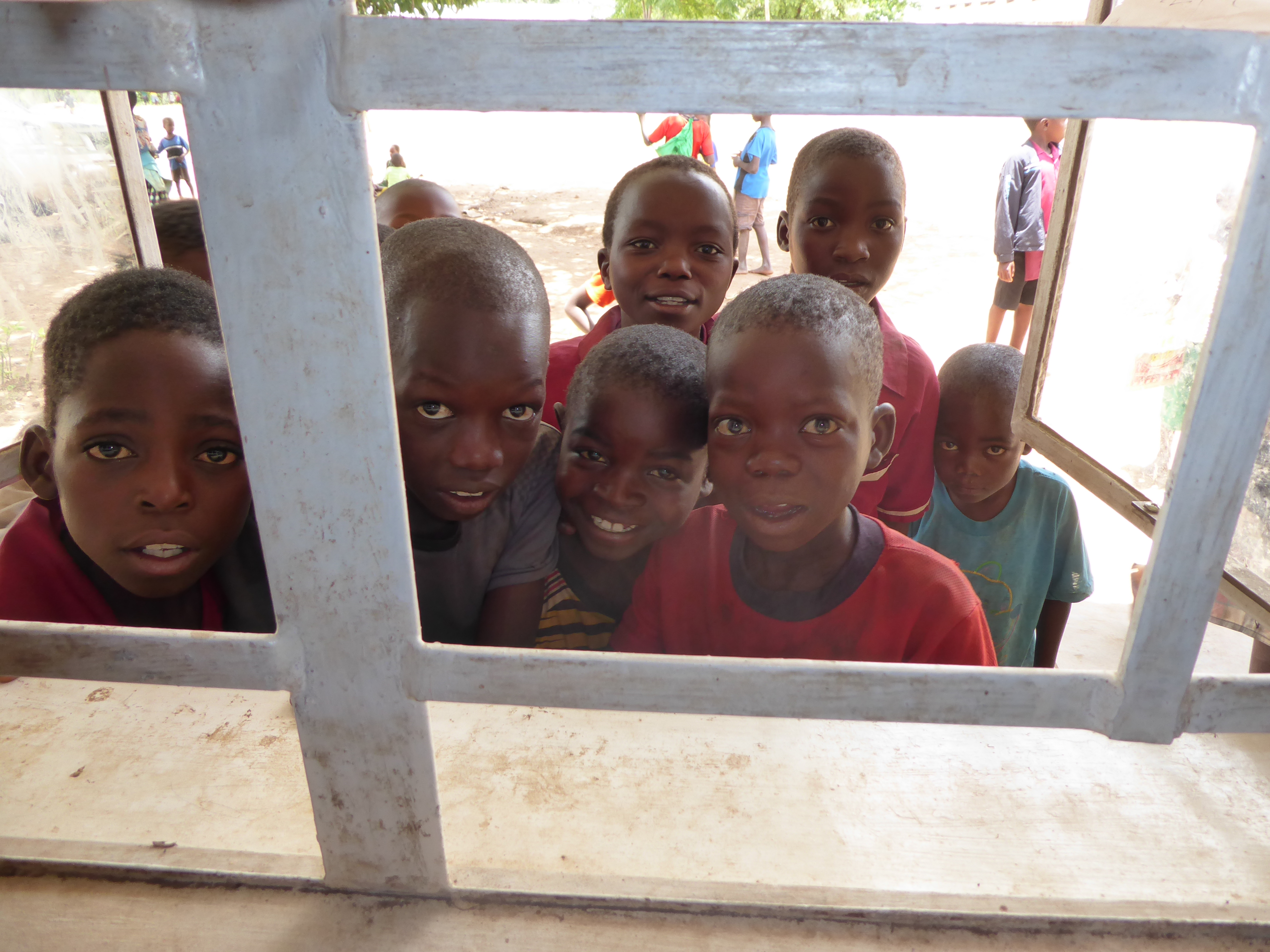 Some days are good and some days are ………….. even betterer ! There you go you weren’t expecting that were you but its true  Despite what is thrown at you and Im not talking  literally although on occasions that does happen, there is always the bright side by thinking it just has to get better ! !

Two things happened recently that are poles apart but just struck me as amazing events.  Although one of them at the time didn’t seem amazing !

Apologies if Ive mentioned it before but its the Rainy season –

But honestly it is a really important part of life and the calendar out here. It is as they say “No Rain; No Life” Well despite it being the rainy season, it is still very sunny and hot on many days. Very few days are overcast all day. But as Ive said before when it rains, it rains ! You already know that I have two modes of transport, well three really if you count walking, but that aside, I ride a Trials motorbike as well as driving a car. Most people say now that the rainy season has come just use the car! It’s what it’s for ! Those of you who know me well enough –  ………”It’ll be fine”  ………..”No problem” ……….”If its sunny in the morning it’ll be fine” If it’s raining I’ll use the car.”

I never thought Id say this but actually I prefer riding the motorbike.  The scenery somehow is enhanced, the tracks, bumps, ridges, boulders are certainly easier to negotiate and there is something really pleasing at riding through the amazing African countryside, waving at the locals while they smile back at you or even just stare in absolute wonderment as this crazy guy goes through their village

So on this lovely sunny morning i flung open my bedroom windows and the sun is blazing down, not a cloud in the sky I could almost hear them singing “Who will buy this wonderful morning? ………etc” So I gather my jacket, helmet and gloves. Pack my little ‘over the shoulder bag’ with my laptop, camera, phone and ipads and off I set. I tend to always take my laptop with me wherever I go as its the one thing that if I lost it, I would literally cry ! So I always think best to take it with me and then I’ll not lose it ………………. except for the time when I left my ‘over the shoulder bag’ with all its belongings at the place where I eat, and only realised 2 hours later when I got home – but thats another story ! Opened the gate, kick started the bike and away i went  “… on this wonderful morning, and tying it up in a ribbon, knives grinding, selling milk…… the whole song ! ” … singing away to myself ! ” I was off to visit not exactly my furthest school away from where I live, but its about 50 km on the tarmac and another 35 km on the dirt-track. And there is some absolutely stunning scenery and everything looks so rich and fertile. The Maize is growing much taller, and the tobacco leaves are enormous, potatoes, beans and many I just don’t know the names of. Although there is quite a worry at the moment in Malawi that there just hasn’t been enough rain and it looks like it will be a bad year, which literally will mean a very tough time ahead for many Malawians, so fingers crossed the rains return ………. but not today thanks. 😉

I arrive at the school just as the Learners were entering the Learning Centre ( which is what we call the room where they use the iPads)  Their first job is to wash their hands. The bucket is filled of course from the local water pump.  Note one of the classrooms in the background. When they have washed their hands they enter the resource room generally taking any footwear off – if they have any on – place their plastic bags which contain their small exercise books just inside the entrance. They collect their headphones and sit down on the mats waiting extremely patiently for the teacher to give the next set of instructions.

And this is the point that it doesn’t matter where you are in the world, or how many children/learners are in your class, or even how old the learners are, a great teacher is a great teacher.  And it’s always a really pleasure to see someone who works their craft to great advantage. With very little instruction and a gentle voice he tells the learners to pass the iPads to their partners  and get ready to work on the iPads. Like anyone who is skilled within their area of expertise, it looks so easy, and very soon within a space of a few seconds, all the learners are intent on focussing on their own ipad.

The logon for each of them is via selecting a photo of their face.  This isn’t always as easy as it would appear, as many of them don’t see their image very often, no mirrors or cameras.  I then of course try to assist by saying in a typically English slow way  “Is …. that ….. you ?” which only confuses them even more –

“Not only am I working on something which is not part of my normal life or schooling but this very strange person comes up to me speaking a language which I really dont understand and he’s pointing to a picture and then to my face – well what would you do ????

They just look at me in total bewilderment!   At the start it’s often their partner who says – ” Yes that’s him/her !” but they do slowly begin to recognise themselves the more they do it.

And there they sit in absolute silence working their way through their individualised App, while the teacher walks amongst them checking that they can all understand what they are doing. I just sit and watch and like watching a football match want to jump up and shout ……. “Thats brilliant !” ….. “Thats exactly what all teachers should be doing” …….  “Great support !” ……”Go on do it again ! …….. But I don’t!  …….I just sit there in awe,  watching a true artist practicing their craft and in the words of a good friend of mine “watching him weave his magic !”

The magic spell suddenly broken by the sound that I’ve come to recognise instantly of very heavy rain on a tin roof ! …………. ……. bike !   It’ll pass ! ……..It doesnt ! ………For the rest of the lesson I’m observing but not watching, all I’m doing is listening to the pitter patter or should i say drumming on the roof of what can only be described as extremely heavy rainfall !

At the end of the lesson, it’s time for me to make the trek home. Remembering my last experience of soaked mobile phones I ask the teacher if she has a plastic bag that I can put my mobile in to keep it dry – she hasnt but she ‘borrows’ one of one of the learners plastic bags and promises to pay them back ! I wrap my mobile carefully into my bag and then realise in my haste to get out this morning forgot to put my heavy jeans on which is recommended when travelling on a bike ! I had my light trousers on !

“I’ll be fine!” It’ll be ok !” My mobiles in a plastic bag what could possibly go wrong ?”

So off i set on my bike in what can only be described as one of the heaviest downpours known this Rainy season ! As I was riding along I was thinking of all the most difficult parts of the ride, the worse rocks part,the very steep hill going uphill, the very steep hill going downhill, the extremely muddy part,  so much so that I wasnt even thinking of getting wet.  I was mentally ticking off in my head each one of the tricky parts like playing a game (Photo not taken during the rain – Im not stupid !) ……..but this was the route I was riding

I was so pleased with my self for manoeuvring my way past all the obstacles.

Most of the track is loam soil which is composed mostly of sand , silt , and a smaller amount of clay, (I looked that up !) which when dry is great…………… but when mixed with water and the wheels of a motorbike become like a skating rink as the tyres try and get a grip.  So Im managing to counter manoeuvre every slide and slip, not only avoiding rocks but also extremely high density loam parts. My back wheel doing amazingly well as I zig zag my way along the track.  My mind starts to say you’ve done all the difficult bits only a few kilometres to the tarmac. ……………….. and then i sort of hit the highest density of loam that I had ever seen. I can only describe it as if it was in slow motion! It must have been over inseconds but it seemed like minutes ……..Literally with every slide of the back wheel I thought to myself Ive got this, and it slid to the right ……..I’ve got this,,, to the left……I have Ive managed it   left …. right …….bang ! and i hadnt got it.   Looking back now I have no idea why I just didnt ease off the throttle and come to a halt, but I didn’t Im pretty sure I was still pushing the throttle and like an ice skater going from side to side, increasing in speed.   The ground very quickly came up to meet me.  …….. And there I was lying on the ground, absolutely caked in a light brown soil all over me, my jacket, my shirt , my bag, my helmet, my bike, my light trousers even ! I landed on my bag …….. First thought of course wasnt have I broken any bones but ……. LAPTOP !.   But its pouring with rain so i just got up and trusted all was well with both body and technology !!! not necessarily in that order !

I managed to get my bike up again and started, which is always a main dread that it wont start. I got back on feeling a few bumps and bruises, which I wont go into but it still aches now !! I was due to go to another school but as I looked like the Incredible Hulk ( although he was green wasnt he ? but you get the idea!) caked in a muddy brown soil I decided to go straight back home.

As I rode home, of course to everyone I passed it was obvious I had come off due to the state of my clothing.  Normally you get a lot of stares as you go past anyone and on this occasion these were intensified and generally came with muffled laughter !

No bones broken ( I hope) and despite coming off I will always remember those few split secondsI of absolute fear and the sensation of ‘I can do this, I can,,,,,,, I can,,,,,, I can – oops’ which seemed to last for ages !!!!

I have now said that I wont use my bike again until the Rainy season is over – definitely not ……..I’m not going to ride it ….. although as a fellow Volunteer said to me –     “Yeah Yeah well not until the next time at least !

and obviously Laptop was fine otherwise you wouldnt be reading this !

12 thoughts on “Weaving with magic and through loam”