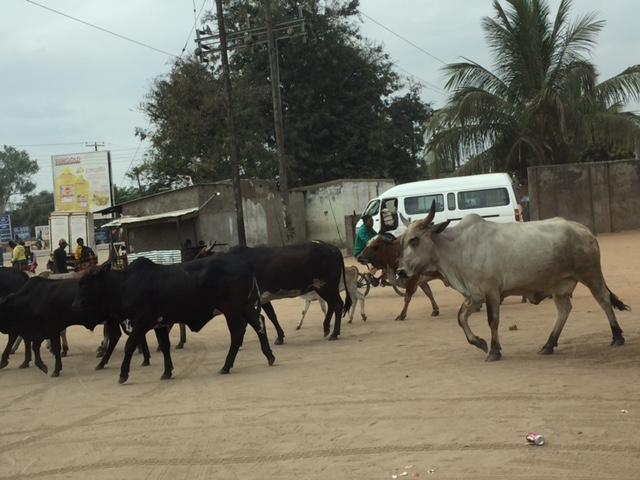 I’ve just realised that its been a while since my last blog ! Could blame the lack of connectivity, lack of electricity. lack of water, loads of events happening or just me not being more efficient with my time !  Although all of these have played a contribution I guess its probably the latter being the over-riding factor.

At some point I will blog about my visit to the Liwonde National Park,

which was amazing in itself,

or my journeys on the local bus on a 5 hour journey which literally had so many people packed in with bags and baggages ( I was sat in the aisle with someone else’s bag on my lap – haha ) that it took 30 minutes just to let someone off!.

Actually before I forget about it just a quick mention of the bus journey.  I had to visit Liwonde and the only mode of transport was a bus – So I thought to my self well why not ? My only reservation was that someone helped me find the right bus.  How grateful was I that someone did.  Shamaah, who has looked after me ever since I arrived in Malawi, ( and I must say has been brilliant – have to say that as he reads my blog ! – but seriously without him I wouldn’t know what to do in Malawi at all ) took me to the Bus station.  Get rid of any ideas of one of our bus stations.  Imagine a wembley crowd before they enter the stadium and in the middle of these thousands of people place about 50 buses.  Now put a group of these people probably about 40 – 50 right out side the bus door all claiming that they had the most important reason to board the bus. Put about 5 drivers and Bus conductors ( kind of !) at the entrance shouting that there was no space on the bus  Add the sounds of everyone talking at a volume which would have gone down well in a football stadium, add a hot summers day and you kind of get the picture. Eventually someone and I have no idea who or what he was but literally took me by the hand saying I’ll find you a bus.  After several failed attempts I was again literally escorted on to a bus.  A quick scan around the bus told me there were no spare seats.  I walked down the bus hand in hand with the guy who said he would find me a place and suddenly he stopped and lowered a seat into the aisle of the bus and told me to sit down.  One by one the aisle seats were lowered down and the bus was full. No room to move but I was on.  Not ready to go of course, we sat there for a further half hour when a lady at the front of the bus got on and started talking.in Chichewa ( Malawian language) I felt a little nudge from a young girl next to me.  I turned to her and very quietly she said –

and then for half an hour we had prayers, hymns and sermons before money was passed throughout the bus up to the front and our “Bus Service” was over and we eventually set off. To cut a 5 hour journey

short the little girl talked to me throughout the journey.  Every so often we stopped to let people off and suddenly we were surrounded by faces at the windows of people selling anything from crisps, fruit, sweets, toys, onions, vegetables. and somethings that I didn’t even recognise but was set straight by my information partner next to me.  At the stop before I got off, I lost my little Malawian guide as she got off. She insisted that I took a selfie of us and she disappeared off the bus..  Just as we were about to set off suddenly she appeared back on the bus at the front gave the biggest smile in the world ever and waved.  It was just like an image from the closing shots of a movie and actually an image that I will always remember

Or tI could talk about the schools that I have visited which is probably deserving of 2 or 3 blogs.

The sheer size of classes, upwards from 100 to 250 children in a room with literally a blackboard and no other resources. The expanse of ground that each classroom sits on with no real boundaries for the children to play in, just an open very sandy ground. Or I could talk about an amazing school and an Irish guy who is really trying to change the way children are taught by creating and building classrooms and working with teachers in order to bring the best out of the children.  I have got all those ideas stored in my head, but the trouble is each day brings a new situation and experience. There must be a book in this somewhere ( if only I could write !!! )

Over the last couple of days I have arrived in the area that I’m going to be living in for the next year. The town is Mangochi, a fairly large town by Malawian standards. One main road that runs through it with a few roads that lead off the main road.  And off each of these roads are roads which are not tarmaced just sand and dust. As you go along these paths and roads the overwhelming sight is one of people walking, bicycles, and animals, generally goats and cows of all shapes and sizes.

padded seat on the back of the saddle.  When I say padded, slight exaggeration as its more like a very thin seat covered in leather. You can either sit sidesaddle or just go for it and sit with your legs either side. Walking down the roads every 50 metres there are ‘taxi bicycles’ strapping enormous loads on to the back of the bikes, people climbing on to the back of the bike with all kinds of articles and bags just balanced on their heads, boxes, plates of fruit, clothes wrapped in a large sheet you name it they balance it on their head.  When you initially see the goods balanced on the head you think that its amazing how they do it, but to then get on the back of a bicycle and still balance it, is just awesome. Whilst walking along the street today, I was continually asked if I wanted a ride.  I declined adding Id rather walk.  With every request to ride you get a very cheery smile, and a laugh and a joke about why not ride instead of walk.

The main streets as I said are mainly tarmac but the side roads are very much dirt tracks. deciding to go and explore, particularly on the motor bike can be an experience as the back wheel slides from side to side as you go over the sand.  I guess its a bit like riding on a beach.  Which is very similar to the paths that people walk along when they aren’t walking along the road! It’s exactly like a path that leads down to a beach, reasonably hard but covered in sand and dust.  In many places there are small blue plastic bags which have been discarded. Being one of very few none Malawians, if not the only one ! I walk down the street and I am  fairly conspicuous. Most people look at you and a great many say hello in all different sorts of ways but the main greeting is – “Hello, How are you, Very well thank you” This is usually said with a smile and in one continuous breath even before I can say “Hello” and “How are you?” The warmth of people is amazing.  If you smile even just slightly the greeting always always comes straight back “Hello, How are you, Very well thank you”

Today I went to a TNM shop ( which is one of the main mobile phone distributors in Malawi) to ask how I put additional air time on a wifi device that I have purchased as it is difficult sometimes to get wifi.  There was a very long queue as usual – they say the British are a nation of ‘queuers’ but compared to Malawians – wow – just try and go to an ATM machine or the bank at the end of the month i.e. payday – you can be there for hours ! I complain when I have to wait 5 minutes in Nat West in England !!! but here they wait extremely patiently and don’t complain at all. Any way I was in TNM, waiting I guess behind at least 8 other people and you moved along a seat when the person had finished at the counter. When, a lovely old man ( actually he was probably younger than me ! ) just said ” You go next !” I declined the offer but he insisted again and again.  The rest of the queue agreed with him and despite my protestations I was literally forced to go next and sit at the counter and feeling very uncomfortable as my query took ages, but when I had finished, the queue which had now doubled in size, just smiled at me and said ” No problem !” Can you imagine that happening in England ???   Throughout my time here I have only met with a great sense of warmth and helpfulness – they say Malawi is the Warm Heart of Africa – so far it certainly is !

10 thoughts on “Getting to grips with town life”